There were a lot of good things in the ’80s, like “Pee-Wee’s Playhouse” on Saturday mornings, neon Vuarnet t-shirts with acid washed jeans, and of course, “Mr. T Cereal.” But, there’s still one thing that beats all the rest… and no, it’s not the Richard Simmons Show (even though you were close if that’s what you were thinking). When it comes to the ‘80s, it’s all about the bodacious babes. 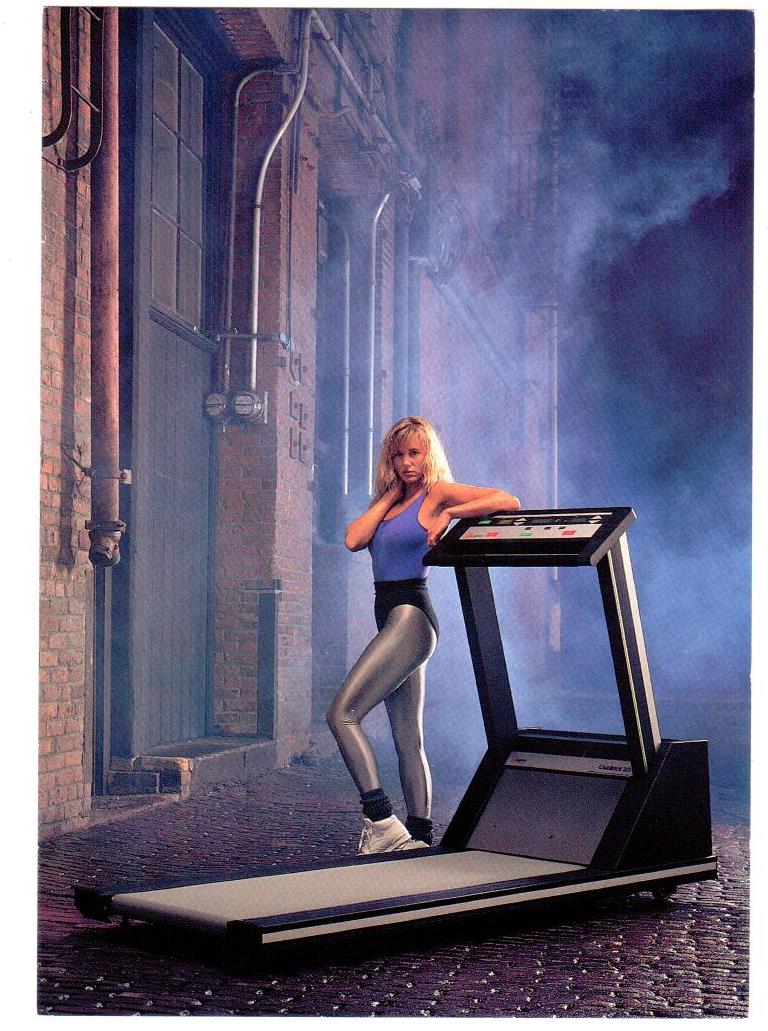 With that said, let’s throw it back to the “hair-raising” era of the ‘80s for a totally tubular production with Quinton Cardiology Systems Inc, who is now in merger with Cardiac Science Inc. If you weren’t pumpin’ it in your living room to a Jane Fonda aerobic video, you were gearin’ up in the brightest ensemble with a pair of fabulous leg warmers to hit the gym. Every ‘babe’ was an accessory to any open treadmill around. This bad bod was captured at the end of the decade by our one and only, Lead Shooter Craig Wagner, who has an exceptionally keen eye for lighting. Craig recalls that this sultry production showcasing Quinton’s “Clubtrack” Treadmill, was made possible by an extensive amount of electric light generators and the edgy alleyways of our beloved Emerald City. But he says the REAL star of the show was the ever trending smoke machine which was infamous for adding a retro effect in almost every “mysteriously fab” ’80s photo/video.  Fun photo shoots like this were no rarity for Studio 3… and this one represents the epitome of the ’80s.

Now, we hope you’re feeling inspired. Get off your computer and GET PHYSICAL!